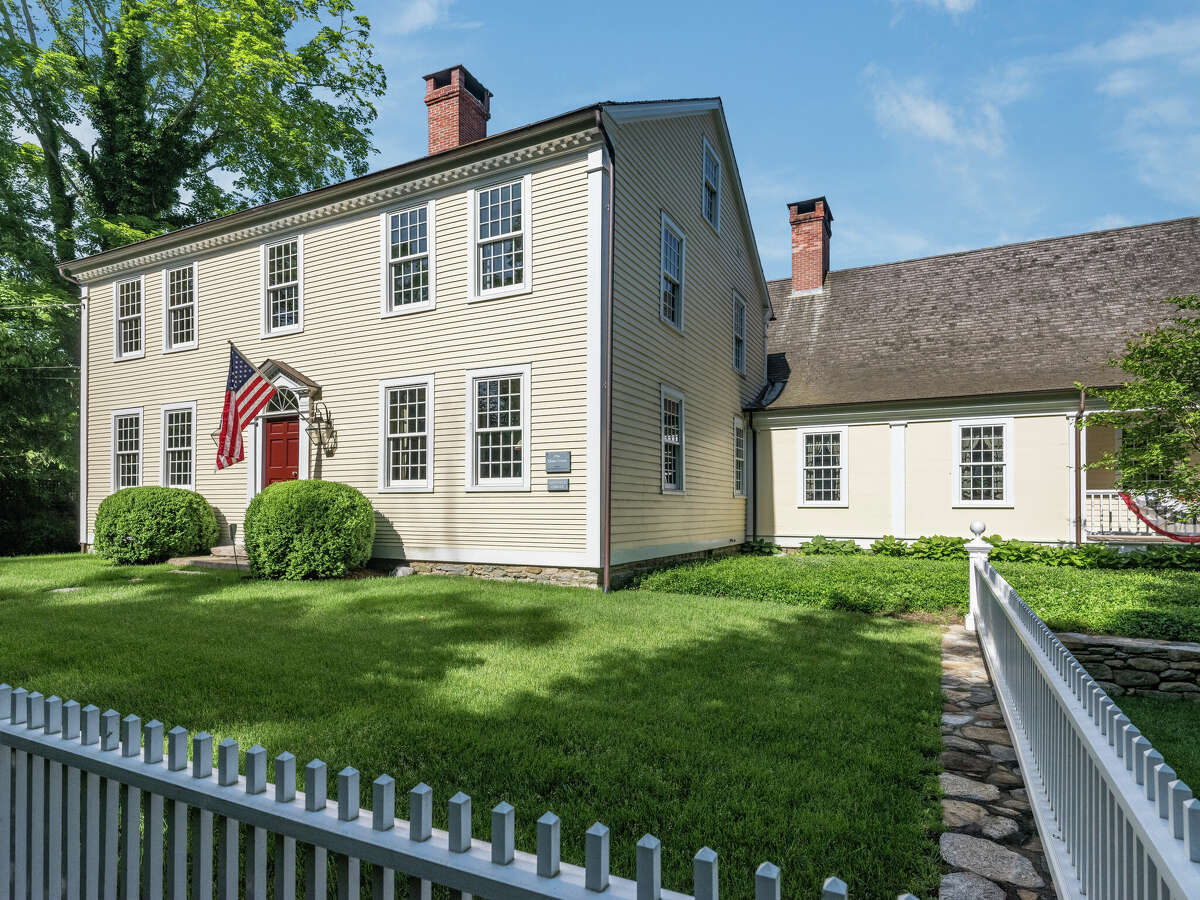 Connecticut is filled with Colonial-style houses. But one house on the market in Killingworth dates back to colonial America.

The home at 172 Roast Meat Hill Road was built around 1756 by Elisha Crane, a New Jersey native who served as a lieutenant in the Revolutionary War. Crane, his wife and seven children lived in the home throughout the late 1700s, according to team member on the listing, Clint Rodenberg. Now the approximately 266-year-old house is for sale for $2.95 million.

The four-bedroom, three-and-a-half bathroom home underwent major renovations from 2015 to 2016 to update it while maintaining its historic features, including its pine-paneled walls and original chimneys. The renovation team included Hadlyme-based architectural firm HP Broom Housewright, according to the listing, as well as Stonington-based landscape architect Christopher Thorp and interior designer Richard Keith Langham. Langham’s past clients include Jacqueline Kennedy Onassis who one described him as having a “sorcerer’s eye,” according to Langham’s website.

“They brought the comfort level to today, while being mindful of the historical importance,” Muir said.

Some of these updates included expanding the small closet space and adding a walk-in closet. A whole house generator, proper insulation and surround sound system were also installed in the home. The barn on the 11.9-acre property also underwent major renovations, and it now serves as a space for an antique car, foosball table and lofted storage area. There is also a projector and screen in the space, creating an at-home theater. A firepit and outdoor seating are outside of the barn and near the back deck, according to the listing.

Another addition to the house from the renovation project was the updated basement. Four built-in bunk beds were added, as well as a wine cellar. The home’s 3,822 square feet of living space include a butcher’s pantry attached to an eat-in kitchen, which overlooks the back patio area. The kitchen has a dining table that seats six and an island that seats two.

Down the hall from the kitchen is a large great room, which features 30-foot ceilings with antique wood beams. The floor-to-ceiling fireplace is just one of six in the entire house. The great room has a rustic feel that is offset by large windows on three sides.

Between May 2021 and May 2022, the town of Killingworth has seen an increase in home sales by 40.9 percent with an average price of $577,500, according to national real estate brokerage Redfin. In the town’s 06419 ZIP, homes sold after 40 days on the market in May 2022 compared to 51 days the same time last year, according to Redfin.